Another fantastic moth that gives instant rebuttal to the common misconception that moths are boring and drab colours. Again, this is a firm favourite at face painting sessions. Tatosoma lestevata recently featured on the front cover of the Landcare Research newsletter Discovery (you can download a beautiful A3 poster depicting a carpet moth (Tatosoma lestevata) in all its green glory).

We chose Tatosoma lestevata as the moth emblem for the Puka Whakamārama o te Pepe Nui - Te Rauawa. This guide covers the West Coast of the South Island from the Hollyford River north to Farewell Spit – the Crosby Moth regions of West Coast (WD), Buller (BR) and Nelson (NN). You can find all these regions and the description of the boundaries in the Crosby et al. 1976 publication.

Te Rauawa region is  named for the gunwales of the waka. The gunwales are the top edge of  planking, and are wet from sea spray most of the time. The Guides to the West Coast and East Coast of the  South Island are named after parts of the waka's hull, and as the West Coast is wetter, it became Te Rauawa. Sean, the graphic design student who worked on our Guides, made the gunwales a different colour to the rest of the waka so you can pick them out. Tatosoma lestevata, with its gorgeous green colouring and distinct wavy lines (four on each forewing), seemed to  embody the lush forest and rough seas of the West Coast.

Tatosoma lestevata isn’t in A Photographic Guide to Moths & Butterflies of New Zealand by Robert Hoare (one of our MothNet scientists) but a couple of siblings  are there. It is in Andrew Crowe’s Which New Zealand Insect? but the  photo does not do it justice at all. According to Andrew, Tatosoma  lestevata is sometimes known as the Tutu Green Spindle. The caterpiller  feeds on the leaves of the native tutu (Coriaria). Tatosoma lestevata is  found in both the North and South Islands like Xyridacma alectoraria and Meterana meyricci. In common with the other moths featuring on the covers of the Guides, Tatosoma lestevata is in the Geometrid family, but  from yet another different subfamily, Larentiinae (Carpet Moths). 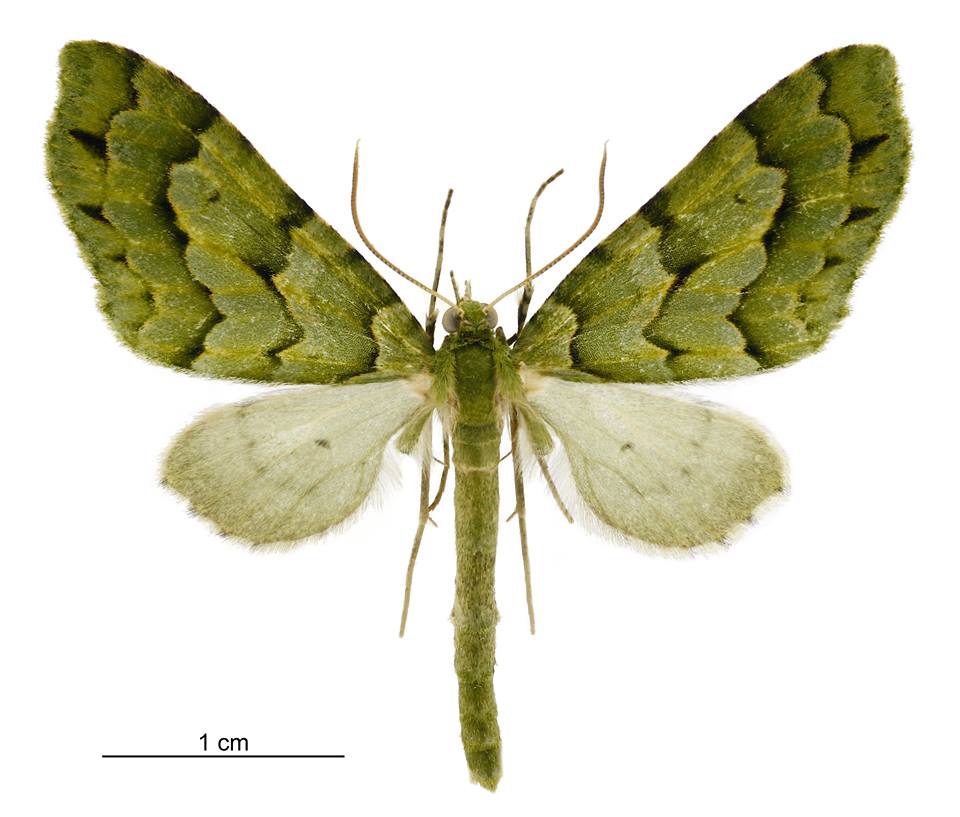 Tatasoma lestevata, found on the guide to Western South Island