Another fantastic moth that gives instant rebuttal to the common misconception that moths are boring and drab colours,  Xyridacma alectoraria is a firm favourite at face painting sessions.

We chose Xyridacma alectoraria as the moth emblem for the Puka Whakamārama o te Pepe Nui - Te Tahiwi. This guide covers the East Coast of the South Island from the Waitaki River North the Crosby Moth regions of South Canterbury (SC); Mid Canterbury (MC); North Canterbury (NC); Kaikoura (KA); Marlbourgh (MB) and the Marlbourgh Sounds (SD).- You can find all these regions and the description of the boundaries in the Crosby et al. 1976 publication.

Te Tahiwi region is named for the hull of the waka. We named the East Coast and West Coast of the South Island as a pair both alluding to different sections of the hull. The East Coast being the drier became Te Tahiwi. Xyridacma alectoraria with its gorgeous yellow wings seemd an appropriate emblem for a region characterized by sun and golden (white) wines.

All Geometrids are known colloquially as loopers. This comes from the way the caterpillars move – arching up like a bent bow and moving along the leaf or twig. The classic children's song Inchworm is about a Geometrid caterpiller. See Sesame Street do a rendition on YouTube . The te reo Māori term for geometrids Tāwhana,  references the same caterpillar form with Tāwhana also referring to a rainbow. The yellow of Xyridacma alectoraria could certainly be from a rainbow. 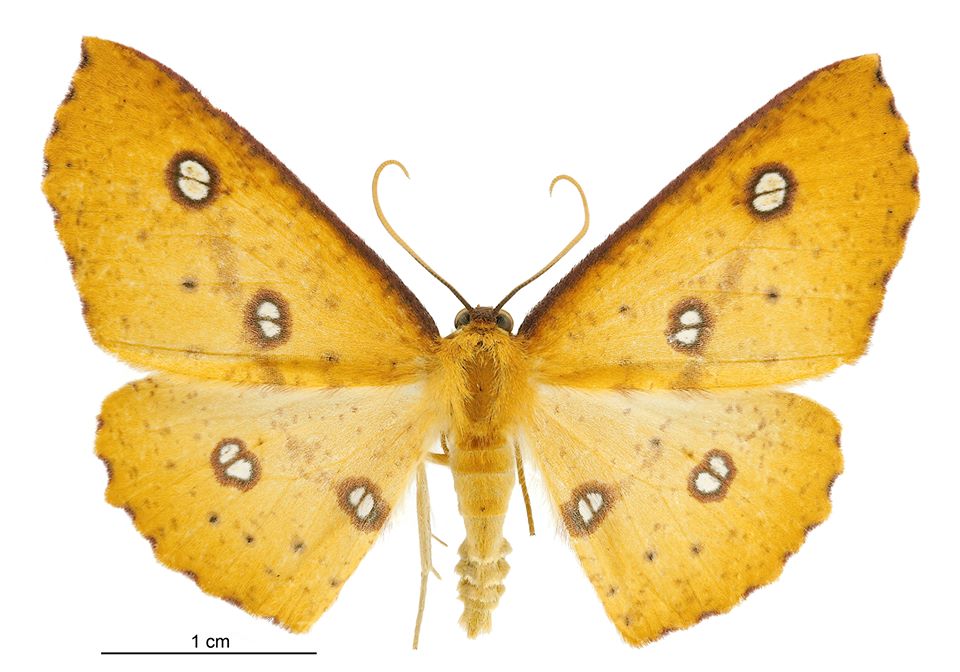