The remuremu looper moth – Asaphodes frivola is a narrow endemic to the Southland coastline south and west of Invercargill. It is now known only from five sites around Awarua Bay, Three Sisters Sand dune and Mokomoko Inlet (Figure 1). It was formerly known from Sandy Point and Otatara but recent surveys have failed to re-discover it in those places. The exact location where the moth’s discoverer, Alfred Philpott, found the sole known male moth is unknown and in the description of the species published by Edward Meyrick in 1913 its Type Locality is simply listed as Invercargill. This unique type specimen is stored in the British Museum of Natural History, London, and remained the only known specimen until the species’ rediscovery by myself in 1981. We know that Alfred Philpott explored around both the New River estuary and Awarua Bay areas from other species he discovered and collected there.

Soon after I rediscovered the male (Figure 2), I found the first female of the species. It has narrow short wings and is flightless, severely restricting the mobility and spread of the species. The moth is confined to saltmarsh where I am confident its caterpillars are feeding on remuremu – Selliera radicans. I have found larval damage on the leaves but haven’t completely proven that this is its hostplant.

In the Department of Conservation’s 2017 of threatened moths and butterflies the species is listed as Nationally Critical – the highest category. I will be travelling south soon to re-monitor it as the adults have an annual life-cycle and emerge from late March through to late April. 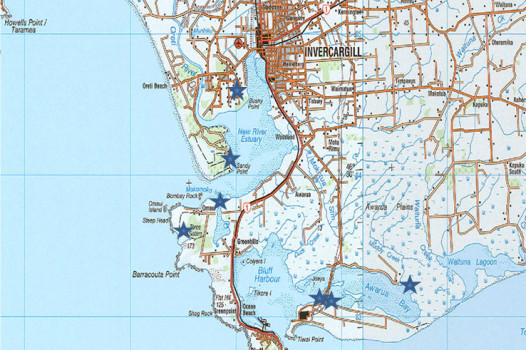 Figure 1: Blue stars mark the past and present known records of the remuremu looper moth in the vicinity of Invercargill, Southland. Note that the two northern populations may be gone. 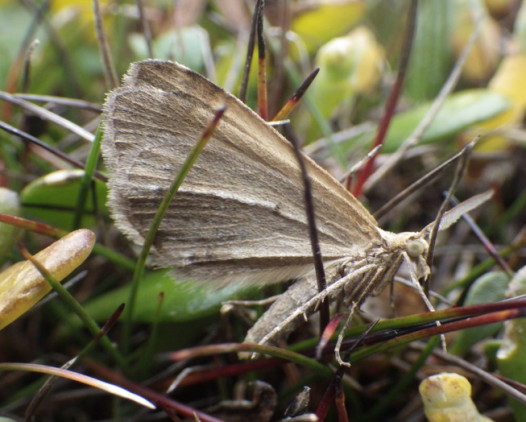 Figure 2: The adult male of the remuremu looper moth amongst its saltmarsh habitat. Note the wings held together like butterflies do.